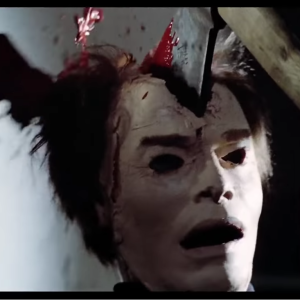 Sometimes I think that I enjoy videogames. Maybe that was true at some point, but right now, I just don’t know anymore.

I was enjoying playing Earthbound, for the most part, but there were some issues. I clearly remembered enjoying the game, and that is perhaps the primary problem. I remember too much of it, so there is no real joy in discovery; even the presentation of my gameplay on this blog did not alleviate that feeling.

The next thing that bothered me were the instant deaths. I am not against the concept of instant death*, but combined with the first issue, that I have already traversed through the game makes the instant deaths annoying – reloading to make up lost area is an onerous process. Call it being filtered** if you want, but I assure you, it is more of an annoyance than lack of skill.

I don’t think there is much of a future for me in videogames. I have played several new games, and in general, cannot tolerate them. I tend to prefer classic/retro games, which seems fine, but I have played a lot of videogames and I find it essentially impossible to find something new in the finite resource of the past. The world has long since left me and my preferences behind, and aside from trying to make my own or suffering through some inane attempt by an independent developer, there is nothing for me anymore, the hobby is, for me, dead and has been for some time.

As far as Earthbound is concerned, I am no longer proceeding, there will be no more updates on this topic.

inside the Fourside Mall during the blackout/kidnapping event, encounter with a Muzica and a Scalding Coffee Cup, the Muzica sleeps both characters and neither wakes up, being drown to death in hot coffee. I was at an appropriate level and basically had no opportunity to even engage the enemy. Yes, it is not an official “Insant Death” but it had the same effect.

** filtered – I am genuinely surprised that I could not find the definition that I sought. The meaning that intend here, which I have seen multiple times on several websites is as follows:

a person is considered to be “filtered” when the level of skill at a particular section of a particular videogame prevents them from proceeding, “filtering” them into the category of people that are unable to complete the game due to a lack of experience, skill, or ability.